The Game Changer In The Plumbing Industry

The K-Valve® is an innovative device used to inspect and test sewer and storm water systems in residential, commercial, and industrial environments.

In the plumbing industry, the inspection and testing of pipes is a vital procedure that is required by law.

Common testing methods used by tradesmen are effective but have fundamental efficiency and safety flaws.  With some devices, it can be difficult to get it to grip within the pipe and with others, it can be difficult to get it to release after inspection.  Both issues pose a breach in health and safety, and have led to countless injuries during the process.  In addition, if the device is lost within the pipework, it can take tradesmen hours to locate and remove the device from the sewer or stormwater system.  This will often require earthmoving and destruction of piping to recover, causing time inefficiency and delays.

Full-time plumber and avid inventor, Glenn Knight, was all too familiar with the flaws and safety concerns in the inspecting and testing procedure.

“I’ve known two apprentices to break their wrists because they have had to hold the plug while releasing the water in the plumbing system.  If that plug goes down and into the ground, it could be anywhere - it could be under a slab.  In one instance, it has taken a group of guys 8 to 9 hours to get that plug out.  So, not only have they come to do the job in a certain timeframe and budget, but if they lose the plug down the drain, they are there for another significant number of hours trying to retrieve it.  No one quotes for that," Knight said.

When creating a new device, Knight’s main goal was to prevent injury and save time.  With this in mind, Knight embarked on developing a new innovative solution, aptly named K-Valve®.

To address the safety issue, Knight created a unique design that was simple and easy to install. The unique K-Valve test plug controls the flow of water by a simple quarter turn relief valve eliminating injuries to the wrists, hands and fingers.

To test the efficiency of safety, time and money, Knight used three independent plumbers to compare his invention against other common devices in the industry.  “I got them to set it all up and put the device in how they would typically put it in – not how I would do it.  I timed that and then I doubled it to say that is for putting the device in and pulling it out.  The other devices took around 10 minutes and K-Valve was 28 seconds.”

Not only is K-Valve® a significant improvement on time efficiency, but there is a 100% fail-safe of never losing the plug down the drain.  There is no chance of getting your hand caught in there, breaking your finger or the like.  For workplace health and safety issues with current devices, K-Valve® provides a solution.

An additional feature of K-Valve® is the pneumatic functionality for low pressure air testing, allowing for water saving opportunities. Council rules and regulations encourage water saving systems as the testing of sewer and storm water systems can waste a substantial amount of water.  For some places, like on acreage, using water for the hydrostatic test is not viable.

The K-Valve® device can also come in a range of different materials to suit industry requirements.  It can made of PVC, steel or HDPE - which is used in trade waste systems on science buildings, supermarkets, sewer systems or even restaurants with grease traps.

Realising the new standard his innovation would set, Glenn knew K-Valve was an invention worth protecting. 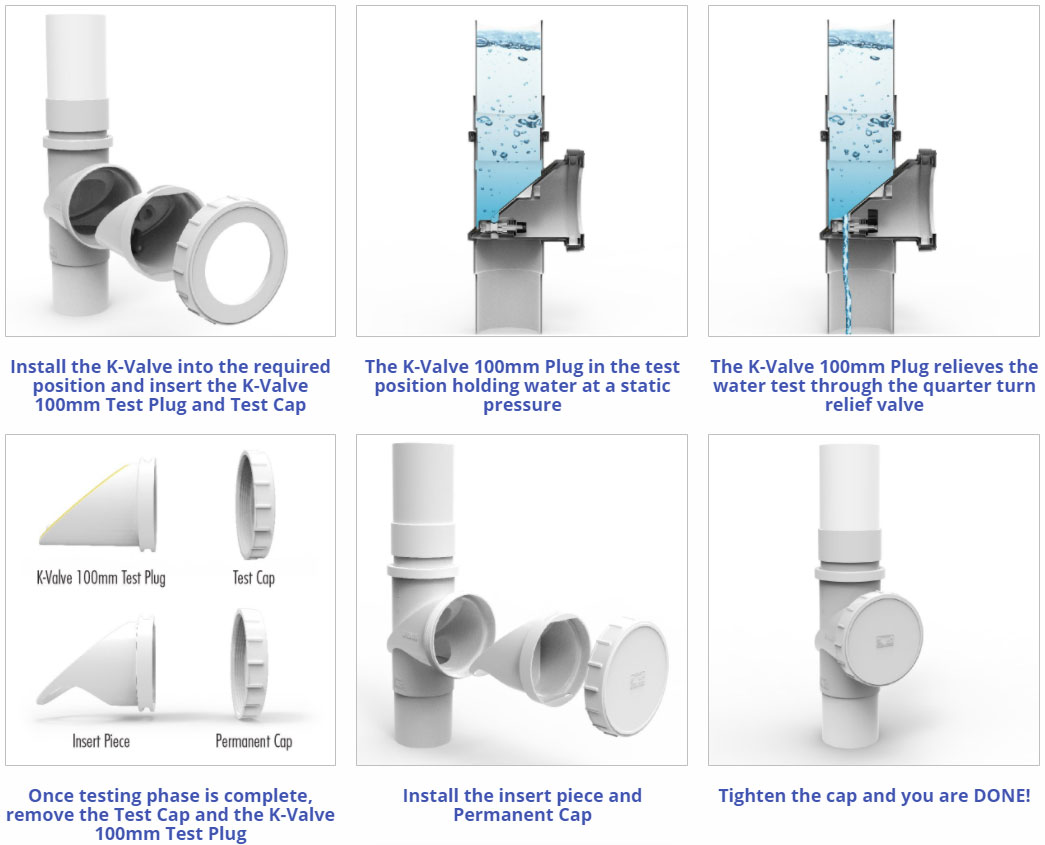 The only people that knew about Knight’s invention was his parents and uncle.  He had no knowledge about patents until his uncle mentioned he would need a patent attorney.

In late 2005, a young 20-something Knight contacted Wynnes to seek protection for his invention and understand what steps were involved.

“Ewen [Wynne] was super helpful.  Our first meeting was 2 hours long and he always said that if I had any questions that I could call him,” Knight said.  The fact that Ewen spent the time to explain the process and being upfront with costs in every meeting was valuable to Knight.

Knight remembers one of Ewen’s very first questions being, “How much money do you want to make out of this?”

In response Knight said, “I don’t care about money, I just want people to use this.”

After the initial conversations, Ewen advised that it would be worthwhile to perform a world-wide search and see if there were any existing patents for similar inventions.

“Ewen conducted a search for me to see what was currently out there and see how my invention was different to others,” Knight said, “I remember the search results being a big stack of papers with patents from all over the world - even from Lithuania.”

When reviewing the search results, Knight didn’t identify any similar patents that may raise infringement concerns.  With that in mind, Ewen connected Knight with a patent engineer to help create prototypes for his invention.  Knight had discussed the details of his product and had the patent engineer create the first mould.

“To this day I still remember the first prototype.  The engineer made the mould and we put it through the test, and it failed.  It just did not work.  A couple days later, I woke up in the middle of the night and sketched a new design and something just clicked,” Knight said.

Knight designed ten prototypes of his invention, each with different modifications.

The fourth prototype that Knight created, was the initial design he sought protection for.   Due to budget restrictions, Knight went through the innovation patent system to seek IP protection.

As an innovation patent only lasts eight (8) years, Knight used this time to continue working, focus on a business plan and make network connections.

When it came to near the end of the innovation patent term life, Ewen advised Knight that he either needed to significantly modify the design and system of the next prototype or create something new.

Knight modified his invention six more times to arrive at what we now know as, K-Valve®.  It has a completely different design and an improved system to what he originally prototyped and protected. eventually

Knight currently has protection for his K-Valve® device in Australia, New Zealand, the United States, and the United Kingdom.

At the start of the IP protection process, Knight found it difficult dealing with the costs.  “Spending the money on something that isn’t tangible, like something that I can hold, was hard for me,” Knight said.

However, when pitching his idea to an investor, Knight realised how invaluable having his invention protected is. “The first thing an investor asked me was if I had the United States covered for IP protection and I happily said yes,” Knight said.

THE JOURNEY SO FAR

Having a clear indication of how things are progressing and knowing what to do next has been significant to Knight’s IP journey.

“Ewen was so transparent and told it how it was.  He clearly outlined the process and what to do next,” Knight said, “I trust Ewen and Philipp 100% with my IP,” he added.

Knight has now started selling his product this year.  Being in the plumbing industry, he used his connections and word of mouth to create traction for his K-Valve® device.  In addition, he also entered his K-Valve® device in an innovative product launch.

Using his network, Knight contacted a prominent figure in the plumbing industry to pitch his idea.  After talking about it and then sending through a brochure of the K-Valve® device, Knight’s phone immediately started ringing and Knight was putting through an order.

“A mentor of mine at the time showed my product to his contacts and from then on people were calling me and wanting to buy or supply my product to others,” Knight said.

So far, the K-Valve® device has been a success with first time buyers who become regular customers with set orders.  The K-Valve® will soon become the new standard.

For Knight, success is knowing that his product is fixing a problem, preventing injuries, and saving time.  In 3 years, Knight aims to get his product being distributed nationally and expanding into the international market.  Currently, he is operating out of Queensland and distributing through stages to control the supply and demand of the product.

When asked what advice Knight would give to others, he replied, “Don’t tell anyone about your idea, make sure you are covered, don’t do it yourself, and be financially prepared.”

I woke up in the middle of the night and sketched a new design and something just clicked.

The first thing an investor asked me was if I had the United States covered for IP protection and I happily said yes. 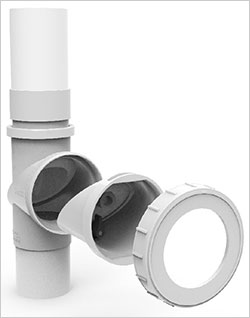 Have a new idea but don’t know where to start? Contact the team at Wynnes and organise a free initial consultation today.

Free initial consultation or or call us on