MoCoW Halo - Bringing the boardroom to you

Living in a digitalised world, we continuously seek further opportunities to develop and communicate through technology. This is Peter Coman’s expertise as he is passionate about designing innovative communication infrastructure and advanced technology systems.

This passion drove Peter to start his business, InDesign Technologies, from his spare bedroom. Nine years later, Peter has continued to grow and succeed with offices around Australia and soon an office in Auckland, New Zealand.

As a consulting and designs business in the technology space Peter gained many clients, including a major institute in the education sector. The needs of this particular client were unique and required technology that wasn’t readily available.

This led Peter to the drawing board, where he began designing a mobile display stand. This stand needed to “tick all the boxes” – easy to manoeuvre, reliable, robust and not dependent on a power cord while in use.

Following many designs and testing, Peter created the MoCoW, a Mobile Computer on Wheels. This innovative display stand was exactly what his client needed and other institutes started to follow suit.

“As we were getting interest from other potential clients, I thought to myself, ‘hang on, we’re onto something here," Peter said.

Once Peter’s innovation began gaining the attention of more and more businesses, he realised he needed to protect his invention.

Peter added, “There is no other battery powered AV trolley on the market. It is a unique product and I knew I needed to protect it somehow.”

Peter had limited to no knowledge of the IP world. He didn’t know what to do or who to turn to, which led to a friend referring him to Wynnes. Like most, he was concerned about the initial costing factor and being “charged by the minute”. However, the free initial consultation muted those concerns and Peter arranged to meet with Philipp.

Peter commented, “Because Attorneys are roped in the industry with Accountants and Lawyers, they don’t necessarily have the best reputation. But when I sat down with Philipp, I didn’t get that feeling that I was going to be charged by the minute. In fact, our first meeting was about an hour and a half and there was no charge even though he was giving me advice and options and avenues to go to.”

“I felt so comfortable with Philipp and with the team at Wynnes, that I didn’t need or want to go anywhere else for IP advice and protection,” Peter added.

Peter went to Philipp to initially protect his classic MoCoW design. However, because it had already been manufactured and sold, Philipp advised Peter that he could not protect something that is already on the market.

After further discussions, Peter told Philipp that he was working on a new version of the MoCoW design. This version two was designed to look more appealing, with a sleeker design and circular handle around the middle. Peter aptly named it MoCoW Halo and Philipp advised Peter to immediately establish a non-disclosure agreement with contractors in order to protect it.

“The thing that sold me was that Philipp understood what I was talking about and he cared about what I was trying to achieve. He helped me on my journey and explained things to me, being super patient with me because for me I have never done anything like it before and it was a bit of money to protect my invention. I get the same vibe from everyone in the Wynnes team,” Peter said.

It was important to Peter that his name for his invention, MoCoW, was also protected through registering a trade mark. However, this proved to be difficult as due to the popularity of the unit the name “MoCoW” became a common term within the industry.

“We would have had a better chance in 2011 trying to register the trade mark rather than in 2017. It just became more generic and used amongst the public,” Peter said.

When Peter was asked for advice, he said, “The biggest thing for me was not knowing all the laws and regulations in IP when we had already designed and manufactured the product. If anyone has an idea and concept, go to someone like Wynnes who will provide that sort of critical information. Otherwise you will be like us, who didn’t act soon enough and can’t protect our products name or our original invention.”

“I’ve been really happy with the service I have been given from everyone, especially Philipp. He has been very honest, helpful and patient which you can’t say for most people in the legal profession,” Peter added.

In 2018, InDesign Technologies was awarded the 2018 Excellence in ICT Infrastructure Design Award at the BICSI South Pacific for the University of Newcastle, Australia Great Hall project.

“What is satisfying for me is when I come up with an idea, get it designed and manufactured, and then seeing and holding it for the first time is amazing. It gives me satisfaction to see people use it,” Peter said.

Not only is InDesign Technologies receiving the recognition it deserves for innovation, the company is also looking to expand their range. One of the key benefits of his universal design is that it allows their units to be sold anywhere in the world.  Peter has plans underway to take the MoCoW range overseas and has gained several international contacts for manufacturing and distribution.

Wynnes are also in the process of helping Peter protect new MoCoW designs all over the world. “I refer people to Wynnes all the time when they come to me with an idea. It’s so important to seek IP advice,” Peter said.

“In the scheme of things, what it costs to protect it is a small price to pay considering if you didn’t get the protection and lose money.”

There is no other battery powered AV trolley on the market. It is a unique product and I knew I needed to protect it somehow. 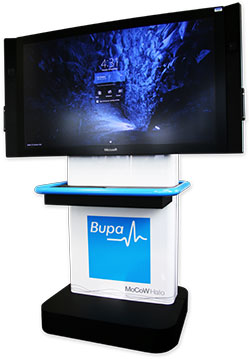 What is satisfying for me is when I come up with an idea, get it designed and manufactured, and then seeing and holding it for the first time is amazing. It gives me satisfaction to see people use it. 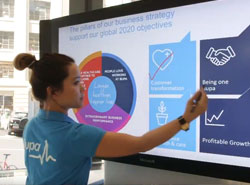 We would have had a better chance in 2011 trying to register the trade mark rather than in 2017. It just became more generic and used amongst the public. 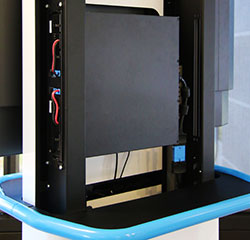 I felt so comfortable with Philipp and with the team at Wynnes, that I didn’t need or want to go anywhere else for IP advice and protection.

If you have just started your business around a new idea, make sure you’re protected with Wynnes.

Free initial consultation or or call us on