Three stripes and you are out

The popular German sportswear manufacturer failed to extend its trade mark three-stripe design in the European Union (EU). The ruling comes after previously having the trade mark approved and then declared invalid less than 2 years later.

Adidas commonly uses the three-stripe design throughout their branding, sportwear range, official teamwear and merchandise.  As iconic and widely used as the branding might be, the design element of multiple parallel lines has been deemed to be too generic by an EU Court and therefore doesn’t meet the guidelines for a registered trade mark in Europe.

In 2014, Adidas applied for registration of the following EU trade mark for clothing, footwear and header.  The application had described the mark as consisting of three parallel equidistant stripes of identical width, applied on the product in any direction. 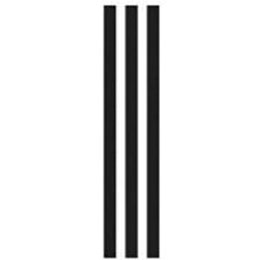 Adidas trade mark applied for in 2014

The Adidas three-stripe trade mark was challenged by Belgium's Shoe Branding Europe after an ongoing dispute between the two brands.

In 2016, following an application for declaration of invalidity filed by the Belgian undertaking Shoe Branding Europe BVBA, EUIPO annulled the registration of that mark on the ground that it was devoid of any distinctive character, both inherent and acquired through use.

According to EUIPO, the mark should not have been registered.  In particular, Adidas had failed to establish that the mark had acquired distinctive character through use throughout the EU.

In the most recent ruling, the General Court of the European Union confirmed the invalidity of the Adidas three-stripe trade mark and dismissed the action brought by Adidas against the EUIPO decision.

The General Court ruled the three-stripe symbol to be an "ordinary figurative mark" and was not “distinctive” enough.

On 19 June 2019, a press release from the General Court of the European Union stated that “Adidas does not prove that that mark has acquired, throughout the territory of the EU, distinctive character following the use which had been made of it”. Read full release

Consequently, for Belgium's Shoe Branding Europe, the same EU court also ruled their own two-stripe trademark invalid in 2018, saying the stripes were too similar to those of Adidas.

What does this mean for Adidas?

There is no reason for Adidas to stop using the iconic three-stripe symbol in their branding.  However, they will have less grounds to prevent other brands from using similar design elements in Europe.

European law states that Adidas can still appeal the decision.  However, at this point it is difficult to predict whether they will make an appeal or not.

Adidas did release a statement explaining that the Court’s decision may only shape the way they use the design in Europe.

The statement read, "Whilst we are disappointed with the decision, we are further evaluating it and are welcoming the useful guidance that the Court will give us for protecting our three-stripe mark applied to our products in whichever direction in the future." 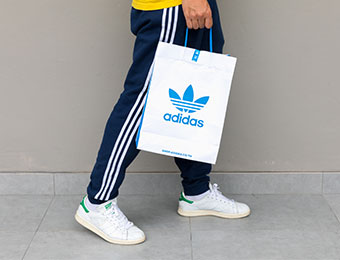 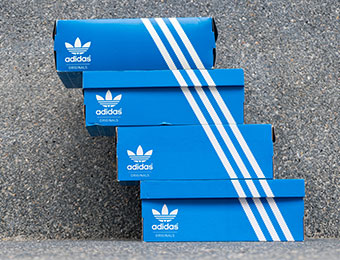 Examples of the three-stripe design used in Adidas clothing and packaging.

How likely is Prince's Purple Reign?

Since the news that Prince’s Estate have filed a United States Trade Mark Application for the colour purple, a lot of people were asking, “Can you trade mark a colour?”

Over the past year a growing amount of businesses are targeted by unofficial Intellectual Property (IP) organisations.

Need advice on how to protect your trade marks and other IP assets?

Please call us on